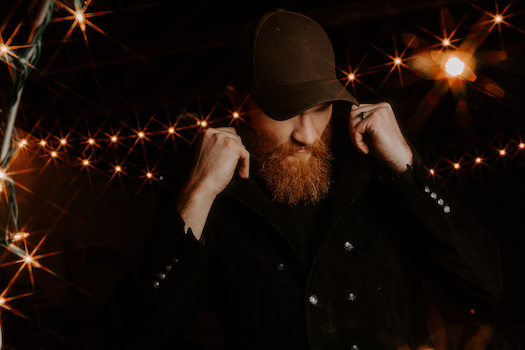 Platinum-selling U.S. recording artist Eric Paslay will be performing in Manchester, alongside British duo, The Shires, on a long-awaited nationwide UK tour. The tour begins in Weymouth on Thursday and wraps up at the iconic London Palladium on Tuesday, 24 May.

Eric released his new album Even If It Breaks Your Barefoot Friday Night on 15 April. The album features his take on some of his biggest hits as both an artist and a songwriter. The official video for ‘The Driver’ is also available, which features very personal and behind the scenes footage of Paslay on the road through the years.

Eric, who has achieved five #1 hits both as an artist and songwriter, including his lead single ‘Friday Night‘ from his self-titled debut album, has received several award nods. His songwriting received a GRAMMY nomination for Best Country Song ‘Even If It Breaks Your Heart’ performed by the Eli Young Band and in 2016, he was recognised in the Best Country Duo/Group Performance category for ‘The Driver’ (with Charles Kelley and Dierks Bentley).

An established touring artist in the UK and Europe, Eric even celebrated his links with Scotland with the 2019 live album, ‘Live In Glasgow‘ which was recorded at the unique Òran Mór. The album has four of his five #1 penned hits, ‘Barefoot Blue Jean Night’ (Jake Owen), ‘Even If It Breaks Your Heart’ (Eli Young Band), ‘Angel Eyes’ (Love and Theft) and ‘Friday Night’ as well as ‘Amarillo Rain’ a fan favourite from his live shows.

Eric recently signed an exclusive songwriting deal with Big Machine and is a spokesperson for Habitat for Humanity, alongside former US President Jimmy Carter, Garth Brooks and Trisha Yearwood, and partnered with them for their award-winning “Home Is The Key” campaign.